The Growing Use of Simulation in Pharmaceutical Development

The development cycle of a drug can take years and cost millions of dollars, but with modeling and simulation, this process can become faster and more cost effective. Recognizing these benefits, organizations like the Food and Drug Administration (FDA) in the U.S. and academic pharmaceutical programs around the world are adopting modeling and simulation. Keep reading to find out how and see some modeling examples.

Recognizing the Benefits of Simulation Within the FDA

In 2017, the 23rd commissioner of the FDA, Scott Gottlieb, gave a speech at the Regulatory Affairs Professional Society. In this speech, he detailed a major issue in drug development: cost.

“The cost of drug development is growing enormously, as well as the costs of the new medicines. We need to do something now, to make the entire process less costly and more efficient.” 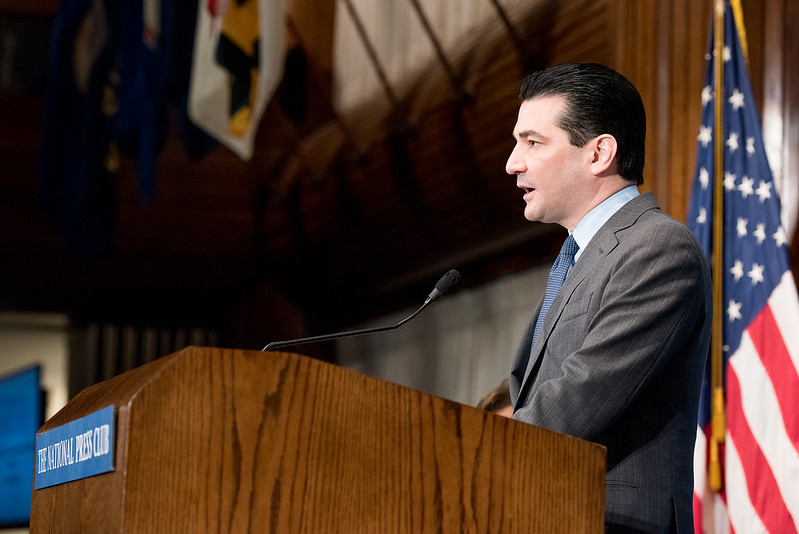 Evaluating clinical information starts with the use of more advanced computing tools, including widespread modeling and simulation, Gottlieb said in his address. With these tools, developers can acquire data that would otherwise be difficult or borderline impossible to obtain with in vivo trials.

Modeling and simulation are particularly useful to drug developers because it enables them to:

“Almost 100 percent of all new drug applications for new molecular entities have components of modeling and simulation.”

Lowered costs and increased efficiency in the development of new drugs can not only help pharmaceutical organizations stay ahead in the industry but also bring new life-saving medications to market faster.

Pharmaceutical Modeling in the Classroom

In order to use modeling and simulation in drug development, bioengineers must first learn how to actually use these methods. That’s exactly what Assistant Professor Roberto A. Abbiati teaches at the University of Oklahoma. His class is the result of a partnership between the university’s College of Pharmacy and the Institute of Quantitative Systems Pharmacology. This innovative class gives pharmaceutical science students an overview of modeling methods and teaches them how to use modeling and simulation in the context of their pharmaceutical research work.

To emphasize the importance and utility of modeling and simulation within pharmaceutical research, Professor Abbiati also conducts his own research on how drugs interact with hard tumors.

“I’m using COMSOL® to understand why and how the physical structure of the tumor is a barrier for the delivery of the drug.

Drugs often travel within the bloodstream and have a variety of physical barriers to overcome before reaching their destination. Through his efforts, Abbiati and his team were able to determine how far into a tumor a drug can reach, and where the drug is located within the tumor at any given time.

The COMSOL Multiphysics® software and its add-on modules contain functionality for modeling a wide variety of pharmaceutical processes and devices. Let’s discuss a few of the many examples…

Drug Release from a Biomatrix

Biomaterial matrices for drug release are useful for in vivo tissue regeneration. Engineers can use COMSOL Multiphysics to simulate drug release from a biomaterial matrix to damaged cell tissue, delivered via a nerve guide. The model shown here investigates various design parameters controlling the rate of drug release, such as:

An animation showing the concentration of the drug across the modeling domain.

Degradation of DNA in Plasma

Gene therapy uses the body’s own mechanisms for protein production to produce proteins in vivo. However, a major challenge in gene therapy involves transporting plasmid DNA to target sites and converting between different forms. Using chemical modeling, pharmaceutical engineers can find the rate constants of the reactions involved in a DNA degradation process. 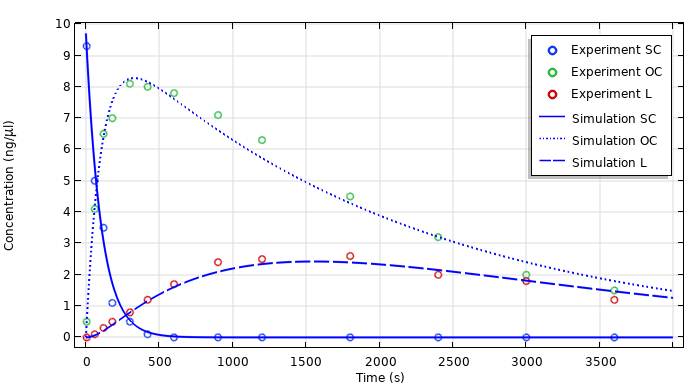 A plot resulting from reading in experimental data and comparing it to simulation results.

In the electrochemical treatment of tumors, diseased tissue is treated with direct current through the use of metallic electrodes inserted in the tumor. When tissue is electrolyzed, two competing reactions take place at the anode:

One challenge in developing this method of cancer treatment is in predicting the doses required for tumor destruction. The electrochemistry model shown here can be used to develop dose-planning methods. 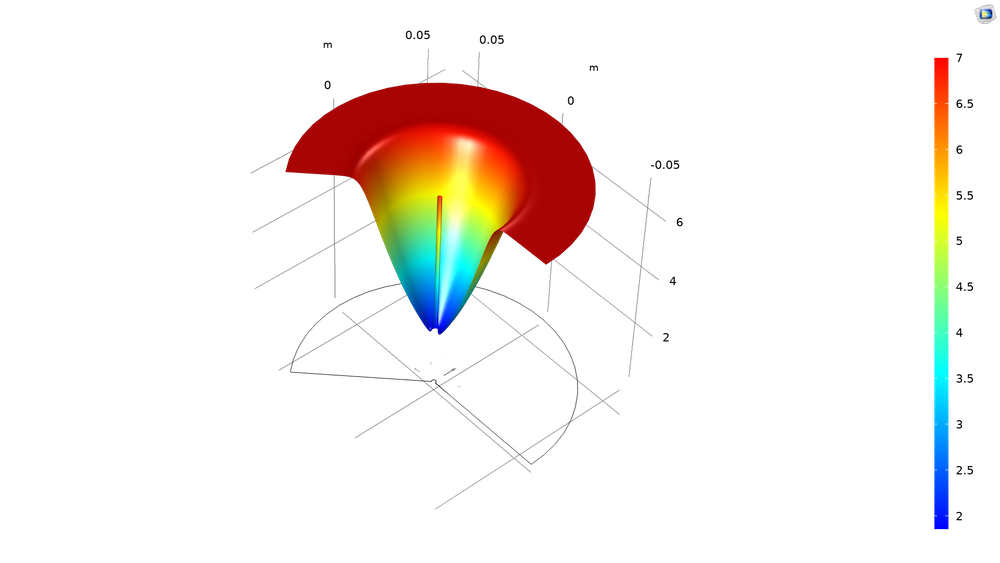 A surface plot showing the pH around the tumor after 3600 s of treatment. Necrosis starts to occur at around pH = 2.

The model shown here describes the operation of a drug delivery system that supplies a variable concentration of a water-soluble drug. In the simulation, a droplet of a fixed volume and velocity travels down a capillary tube. Part of the capillary wall consists of a permeable membrane separating the interior of the capillary from a concentrated solution of the drug, which dissolves into the water droplet as it passes. By altering the droplet velocity, the final concentration of the drug in the drop can be adjusted. 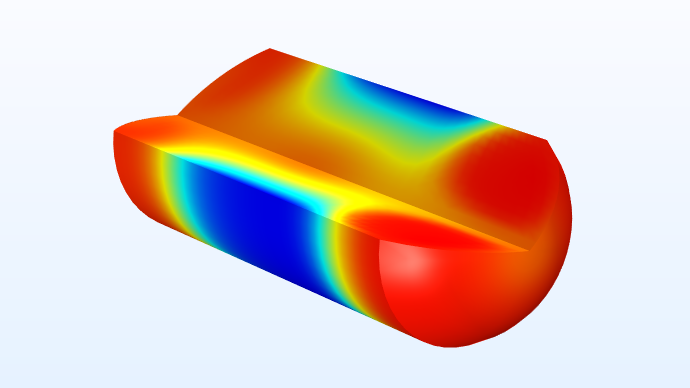 A 3D result showing the concentration of a water-soluble drug.

These are just four examples of how modeling and simulation can be used in the field of pharmaceutical development, but there are many more. By using simulation to make drug development more efficient and cost-effective, pharmaceutical engineers can continue to develop innovative treatment methods.